What is additive manufacturing? Process & Definition 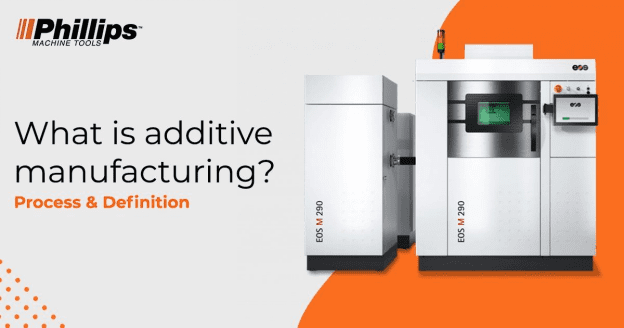 Additive manufacturing – first developed by Hideo Kodama of the Nagoya Municipal Industrial Research Institute, is an immaculate way of forming shaped objects with the use of advanced technology instead of moulding or machining. It is used to create a plethora of objects like jet engine parts, medical devices, surgical implants. In simpler words, it is the industrial production name for three-dimensional printing. The three-dimensional objects are created by intricate layering.

Additive manufacturing was identified to be around 1987, which is the same year when stereolithography – the machine that used three-dimensional printing technology was invented.

During those times Ultraviolet light-sensitive liquid polymers in the form of thin layers were solidified with a laser to form objects by three dimensional systems. Photopolymerisation was also used as a method of Additive manufacturing. Photopolymerization is a process in which an object changes shape when exposed to Ultraviolet rays hence UV sensitive resins are applied through photopolymerization while the laser is used as a parameter.

There is not one particular procedure when it comes to Additive Manufacturing, there are multiple procedures like:

Ultrasonic additive manufacturing (UAM) is used to join metal sheets by the process of ultrasonic welding – the metal sheets ( usually thin) are held together under pressure and high-frequency ultrasonic vibrations are applied to it.

In Powder Bed Fusion thermal print heads, electric beams or lasers fully or partially melt the object into desired shape and size, and the excess powder is removed by blasting it.

The technique of temperature control or chemical bonding is used in the process of Material Extrusion. A heated nozzle is mounted on a movable arm, through which polymers are forced out. The bed moves vertically and the nozzle horizontally which causes the melted material to be built in layers.

Directed Energy Deposition is one of the simplest ways of Additive manufacturing. Wire, filament, powder or feedstock are melted using either an electric beam gun, electric arc or a laser which is mounted on the horizontally moving arm which melts the material as the bed moves vertically.

An adhesive (usually a liquid binder) and powdered materials are layered alternatively on x, y and z axes by a moving three-dimensional printing style head.

In general, in all of the above processes objects are created layer wise with precise geometrical shapes. Materials like metal, ceramic, plastic, thermoplastic, and biochemicals like zinc, phosphate, silicon and calcium are used.

Also Read: 10 Tips to Get the Most Out of a Grinding Machine