Our Inception, Looking Back 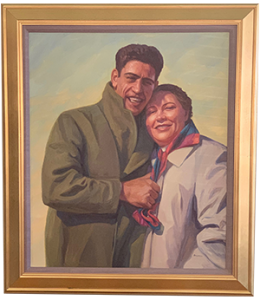 Phillips Corporation was founded on March 1, 1961, by Albert Phillips.  Albert was the eldest son of Sam Phillips, an immigrant who came to America as a teenager with no money and no knowledge of the English language.  Sam crossed the ocean on a freighter to escape persecution in his home land.  Sam married Margaret, a first generation American, and they raised ten healthy children in Vandergrift, Pennsylvania, a steel and mining town northeast of Pittsburgh.  The family prospered spiritually despite the depression of the thirties.  Albert, being an athletic and substantial young man, was able to go to college because of a football scholarship.  He attended the University of Pittsburgh his freshman year and then joined the Navy, serving on an aircraft carrier in W.W.II.

When he returned to Vandergrift he learned his football coach had a new job at the University of Maryland.  The coach successfully lobbied the Phillips family to transfer Albert to Maryland to play football.  Shortly thereafter a new, extraordinary football coach, Jim Tatum, took over the program at Maryland and quickly led the team to national ranking.  Coach Tatum’s philosophies added to Albert’s perspective and sense of what is possible.

Albert graduated the University of Maryland in 1949 with an accounting degree and married Jean Eskridge, of Cambridge, Maryland, whom he had met at the University.  Albert worked for two distribution companies and these experiences left him longing to fulfill a destiny where he had greater control of his circumstances.  In 1961, with a family of seven children, lots of ambition and no money, Albert decided to start a new business.  After dead ending with the local banks, he was able to borrow $25,000 from George Gianetti, a local artisan and father of his college roommate’s wife.  The company was named Phillips Machinery and Supply, “Partners in Industry,” and it sold industrial supplies and light machine tools to local industry.

The company has been very much a family business with considerable support from Jean, other family members, friends, and the children.  It was not uncommon for the Phillips kids, at nine and ten years old, to spend Saturdays boxing fasteners.  Alan Phillips, the current president, formally joined the company in 1968, working part time while attending the University of Maryland.  Alan has worked his way through many jobs at the company, including customer invoicing and payment collections, purchasing agent, inventory management, sales, accounting, general manager and vice president.

Join Kelley Cressman for a reflection on Phillips’ 60th year during a monthly meeting in the clip below.